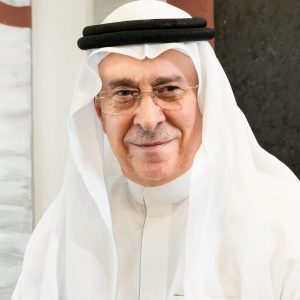 HE Dr. Khaled Hamza Nahas is a member of SABIC Board of Directors, Chairman of Remuneration and Nomination Committee, and a member of the Investment Committee.

He is currently a member of several companies’ boards of directors such as Mithaq Holding Company.

He began his career in the educational sector as a university lecturer. Before his appointment as a SABIC Board member, Dr. Nahas held various leadership positions, including the Deputy Chairman of the Industrial Committee of the Chamber of Commerce and Industry (1986-1989), a Member of the Shoura Council (1997-2001), and Makkah Mayor for five years (2001-2006).